If you don’t want to get up for a 7:30 AM train to Granada, you need to book well in advance.  I booked 5 days prior and it was the last train available.  I was up before sunrise in order to catch a taxi to the train station.  The front desk recommended that instead of a taxi I take the metro, which was only a block away.  It was quick and easy to the airport at that hour and cost a fraction of the cost of a taxi.

They’ve been working on installing a high-speed train line to Granada for years now, and it is still under construction.  As a result, there is no train service into Granada.  The 2 1/2 hour train ride gets you to Antequera-Santa Ana where you hop on a bus, operated by the train company, and drive the 1 hour 20 minutes to Granada.

It’s all pretty seamless.  At least it should be.  However there were two older ladies who decided to have a break before boarding the bus, and they ended up running behind trying to flag it down as we departed the station.  Fortunately for them, the driver stopped.

After checking into the hotel, I went down the road where the guidebook said I could pick up my ticket for the Alhambra, which I had ordered online a few weeks earlier.  The guidebook was out of date as they no longer let you pickup up tickets there.  I was directed further down the road to the Corral del Carbón, a former inn for caravans as well as a market and warehouse – where they also have machines to collect your tickets. 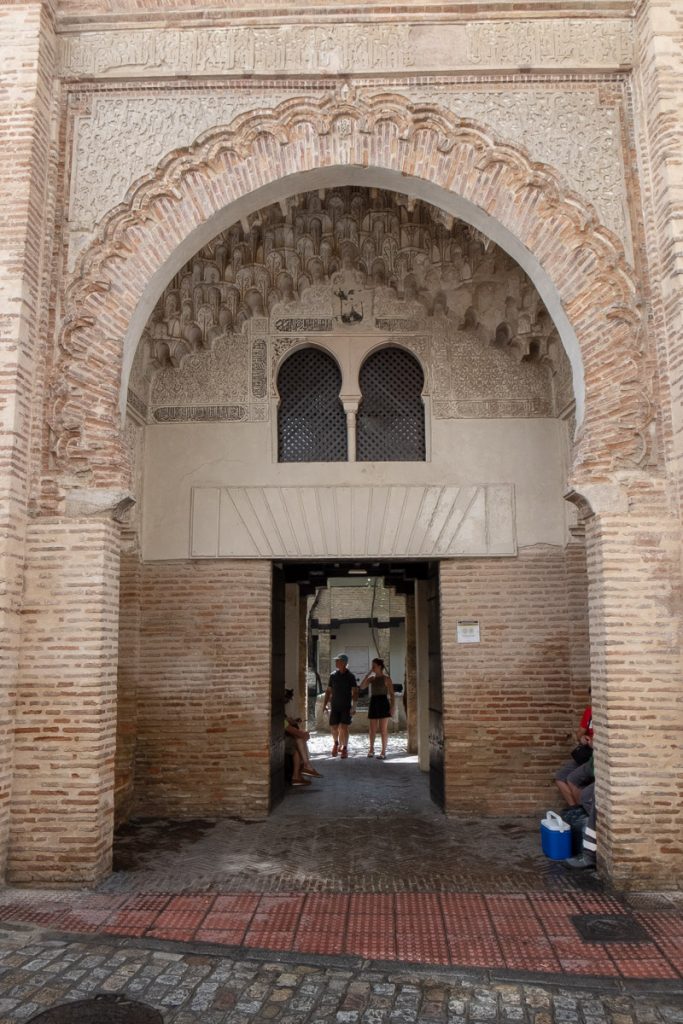 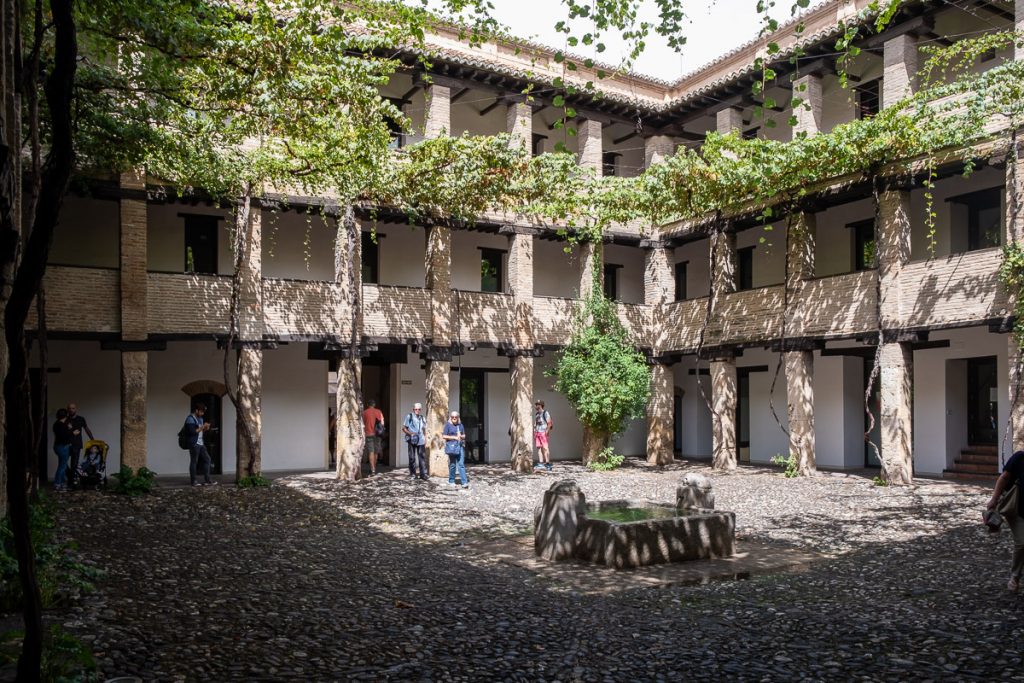 Once the tickets were collected I decided to have a walk around town.  It is fairly small and all the main sites can be covered in about an hour.

I first checked out the Alcaiceria, which I’ve heard was either a former spice or silk market from the days when the Moors ruled this part of Spain.  Today it’s a few narrow passages lined with shops selling tourist trinkets. 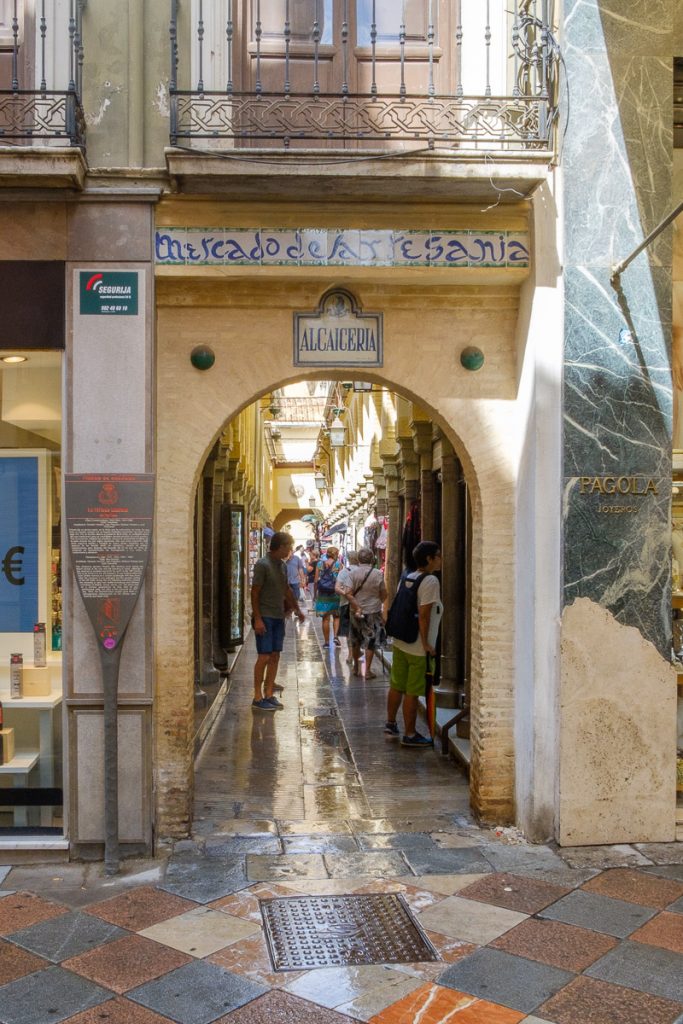 After exiting the Alcaiceria the Cathedral and town square are a few yards away. 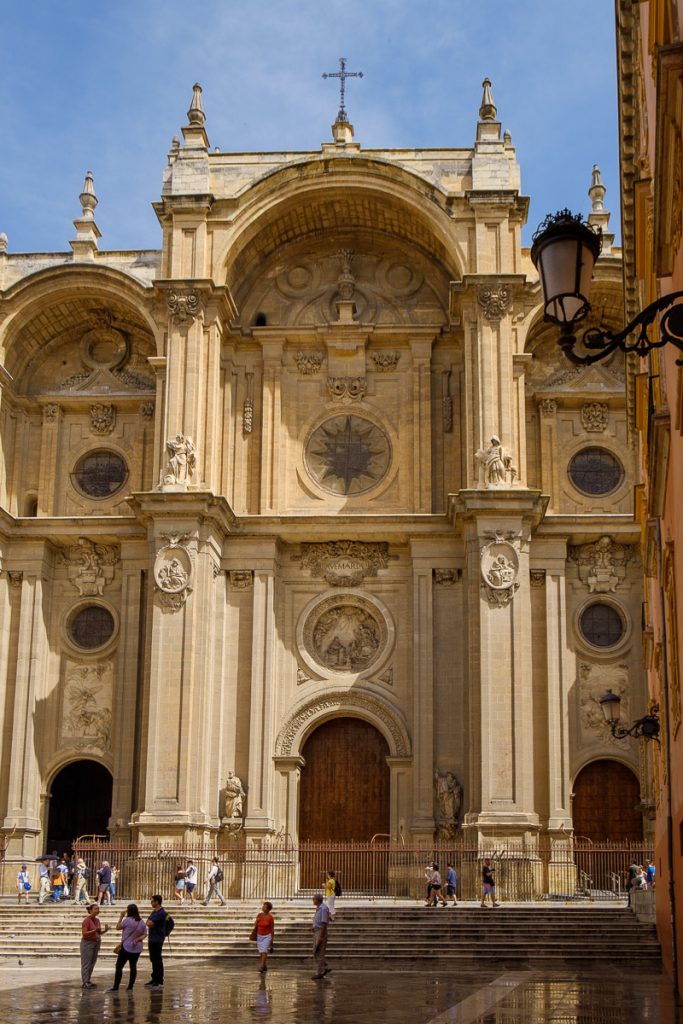 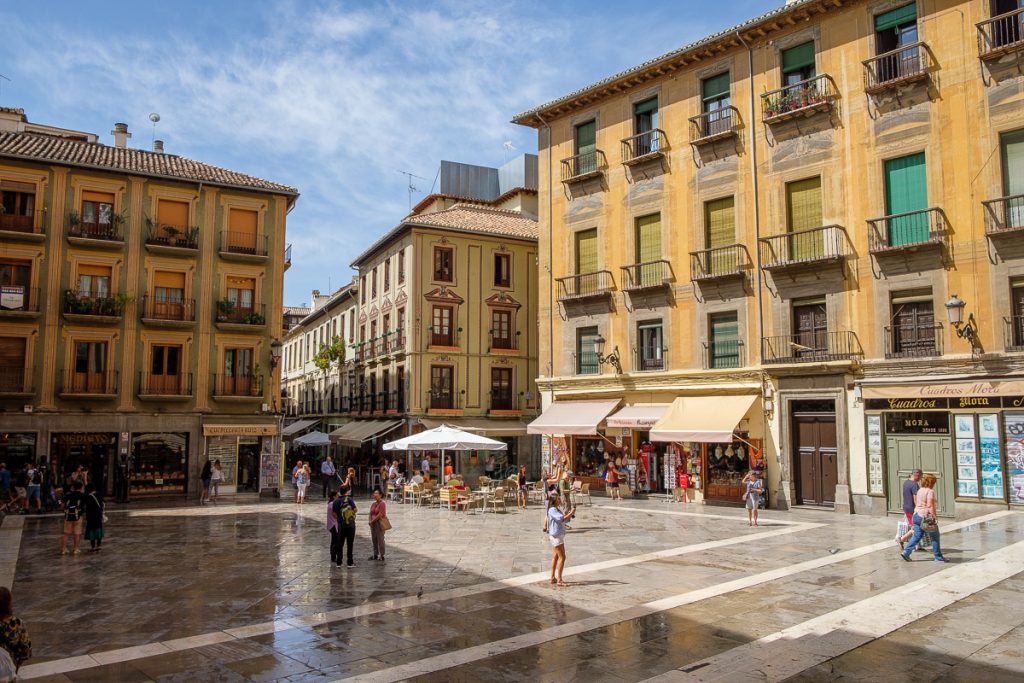 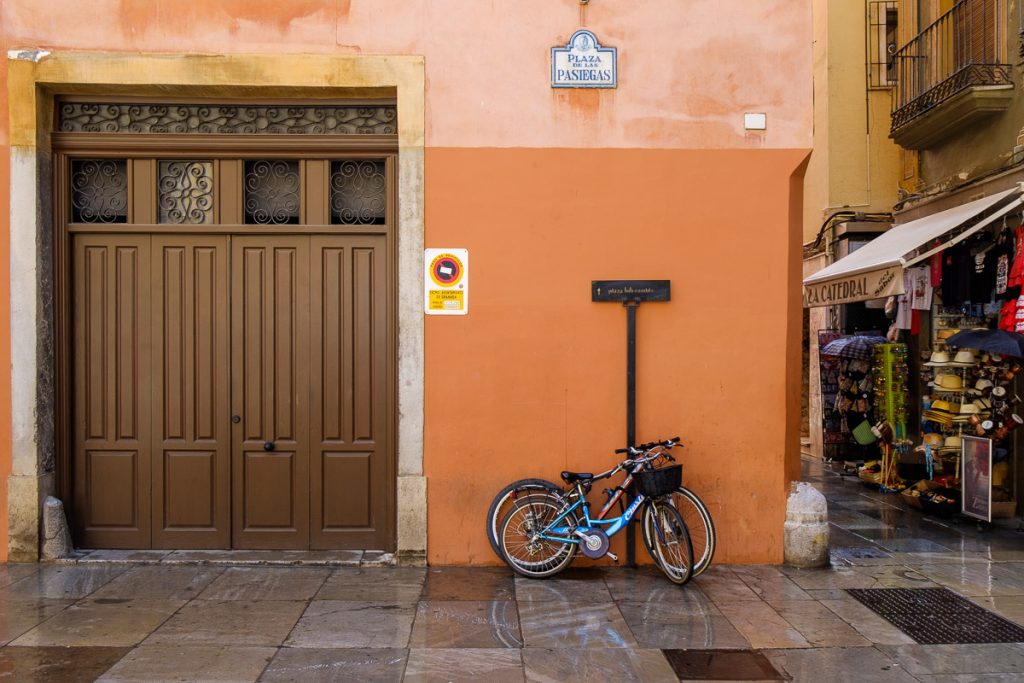 I continued my wanders, checking out some of the interesting architecture of the nearby buildings. 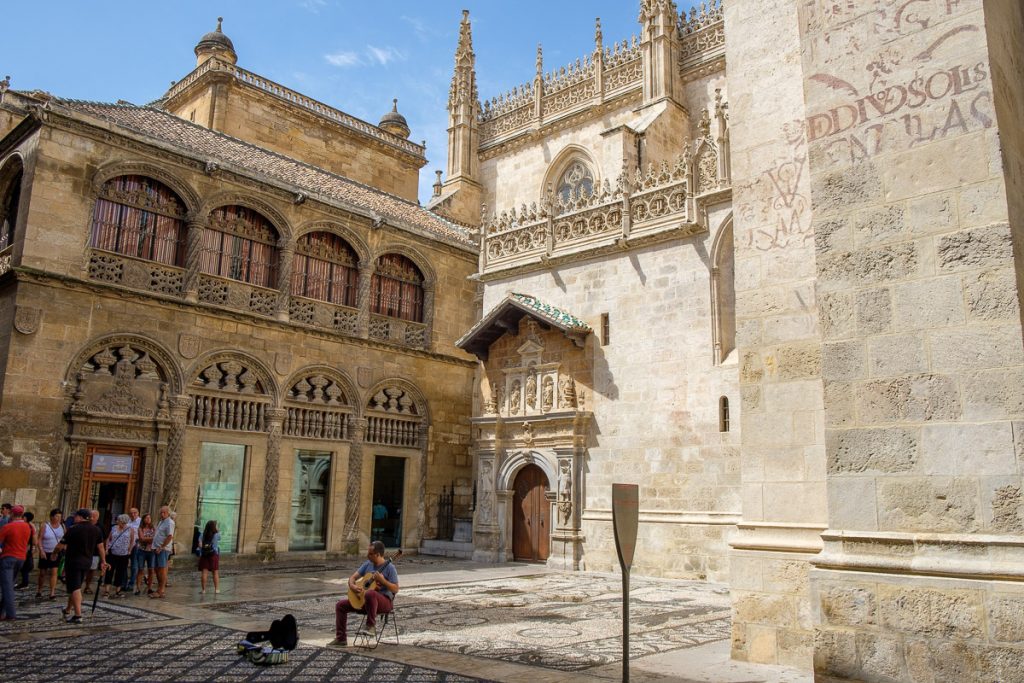 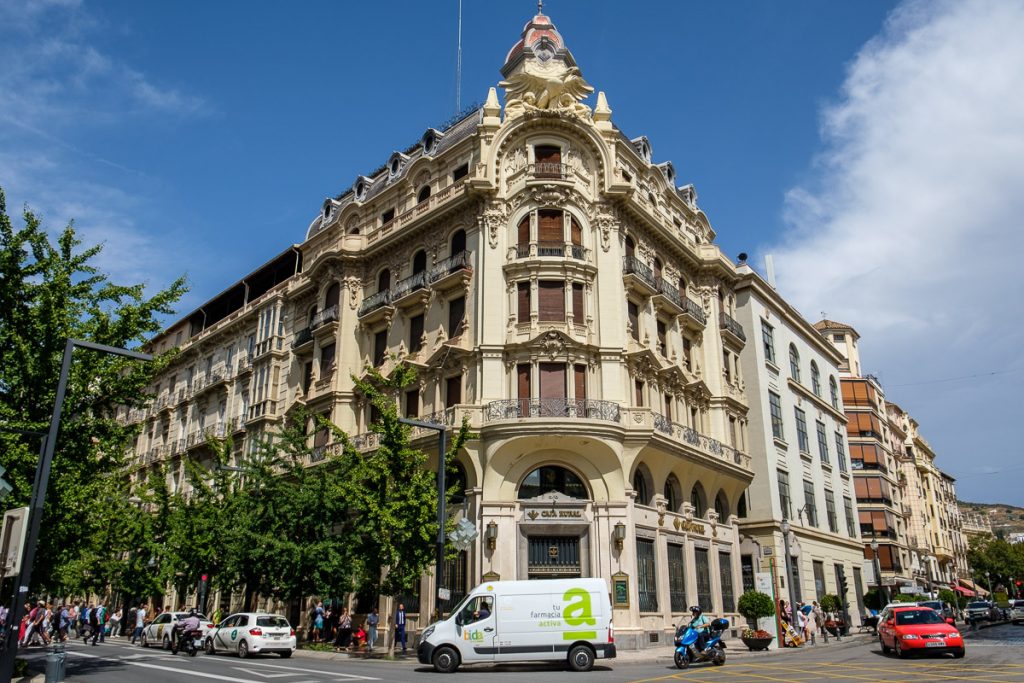 I looped back around, finishing up around the main town square. 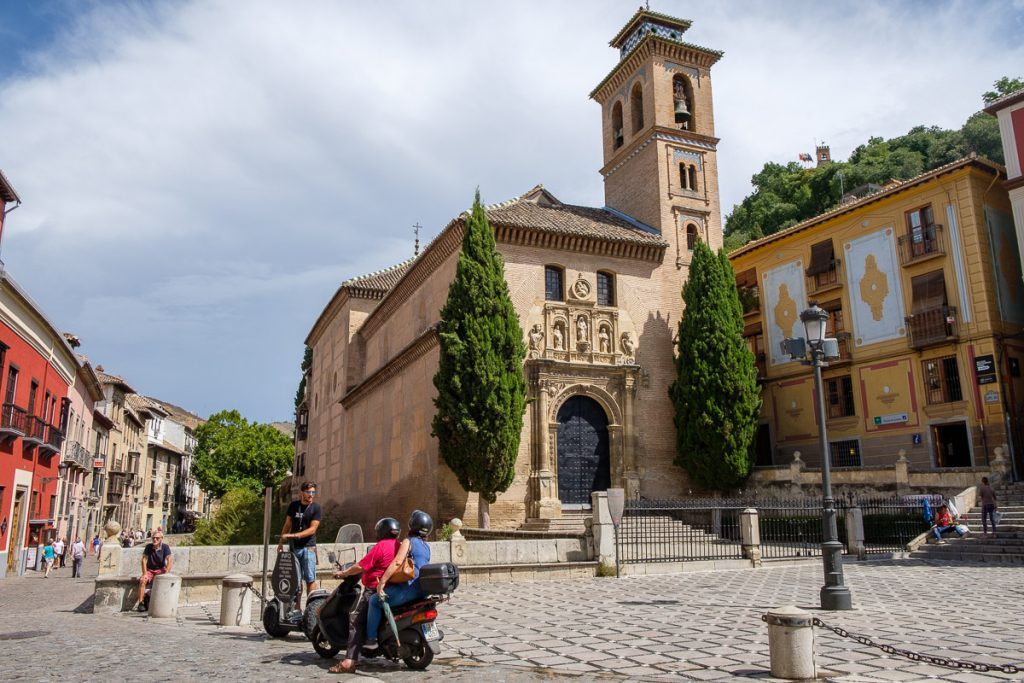 The weather was warm and after only an hour I’d broken a good sweat and was ready to call it a day. I found what I thought was a cool little local restaurant to have dinner.  A huge rack of spare ribs and a glass of the local Alhambra beer. 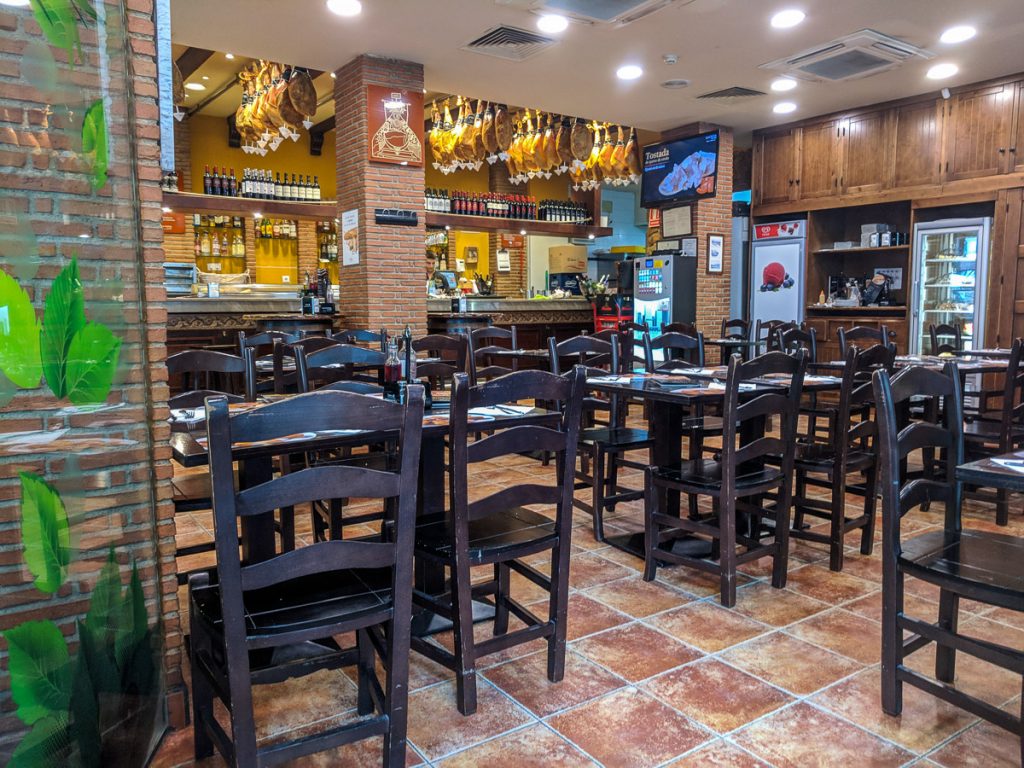 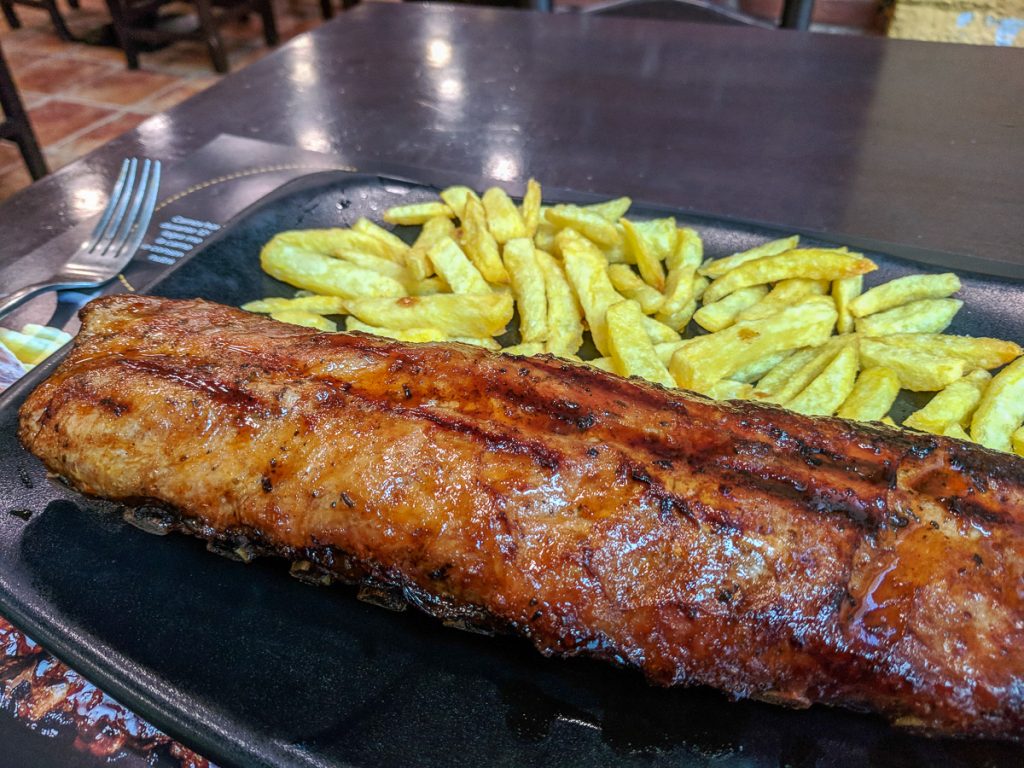 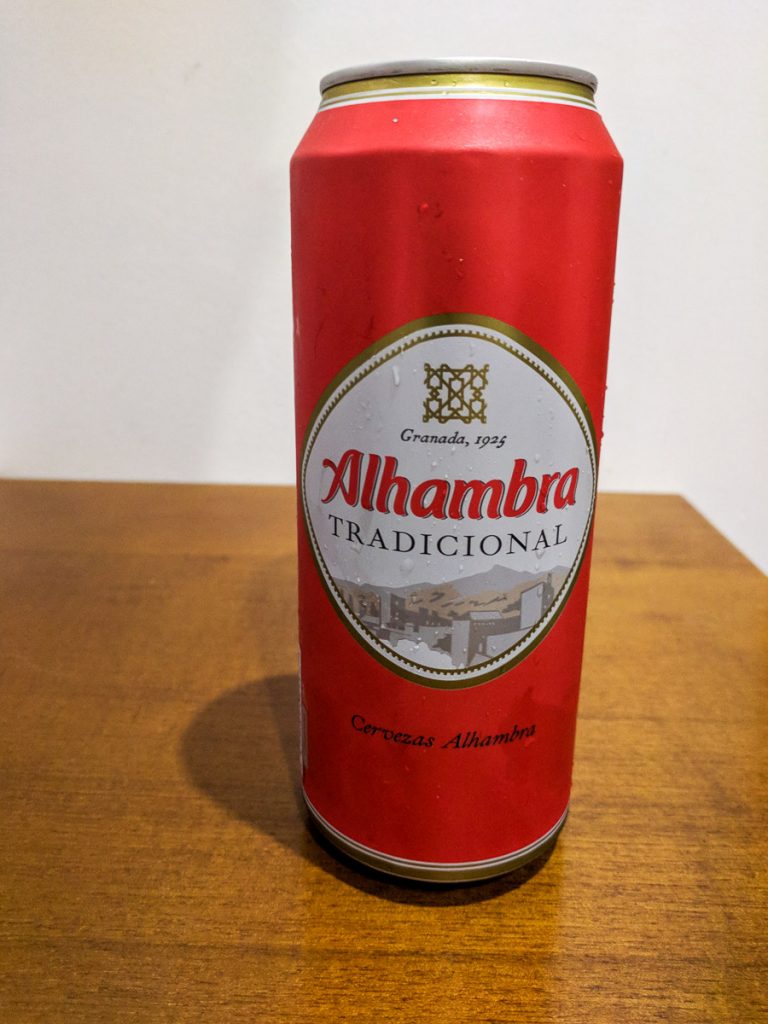 I started to see these restaurants all over Granada and later Seville and I realized that my quaint local joint was really the Chili’s of Spain.