My first full day of exploring Munich was a city walk recommended by my Rick Steves guide book.  Say what you will about his nerdy persona, the guy knows Europe and I like the sights he suggests and I’ve yet to be let down by one of his self guided tours.  The walk started out in Marienplatz which is the home of the Glockenspiel and over priced Bavarian chicken.

I arrived in time to see the Glockenspiel do it’s magic, along with a hundred or so other tourists.  The bells rang and the little characters did their thing.  But if I’m honest, other than a sore neck, I’m not sure I got much out of the experience, but that box is now checked. 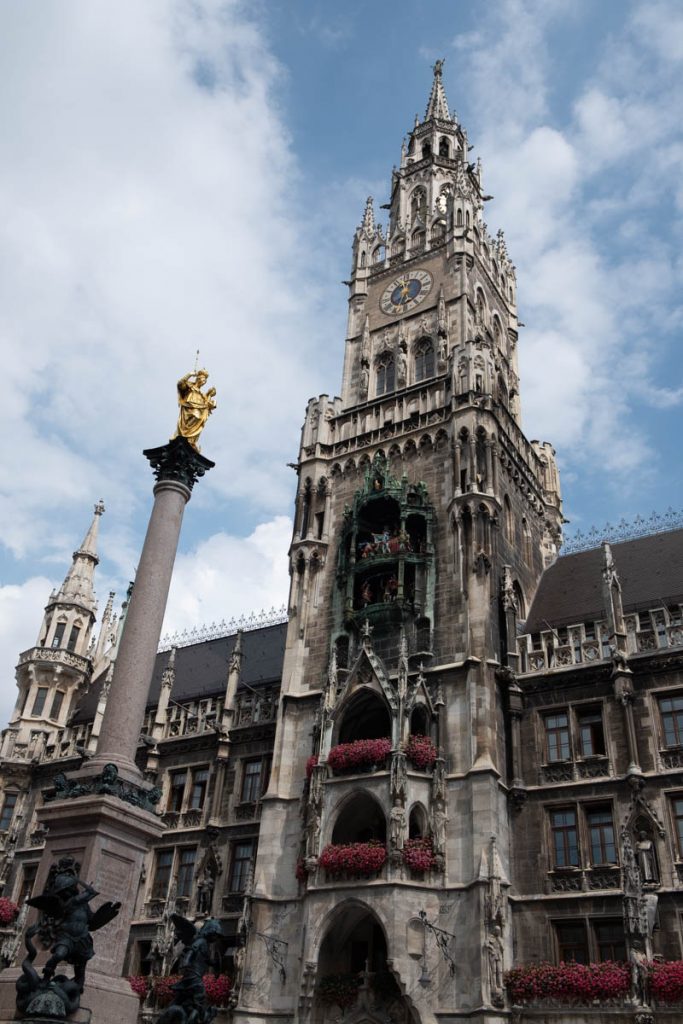 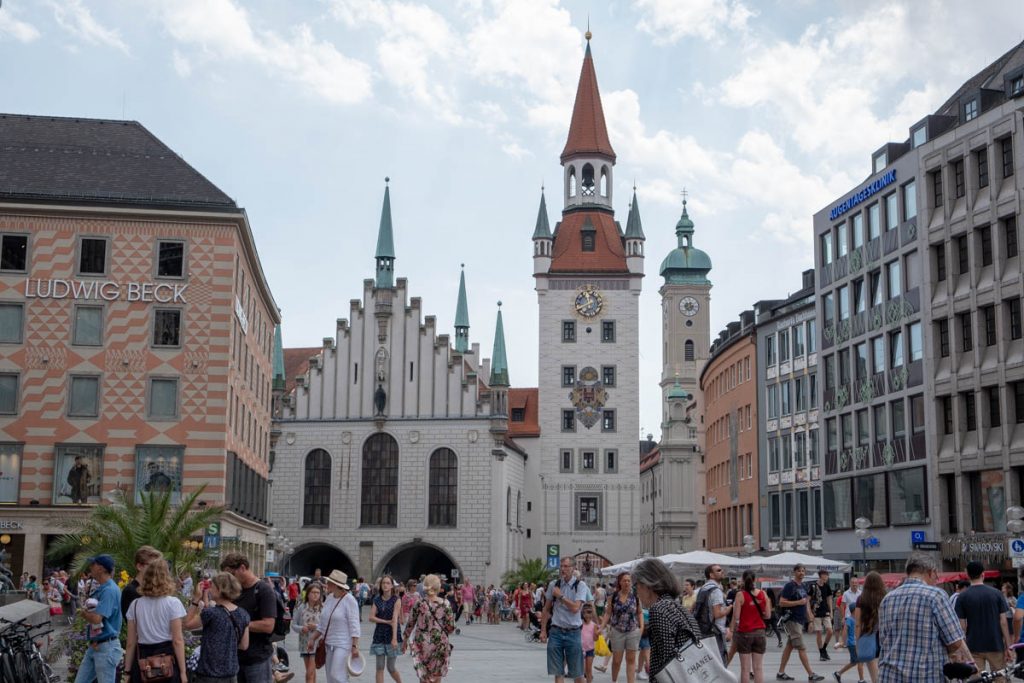 I bought a ticket and climbed to the top of the clock tower, and by climb, I mean I took the elevators.  The tower gives some spectacular views of the cityscape. 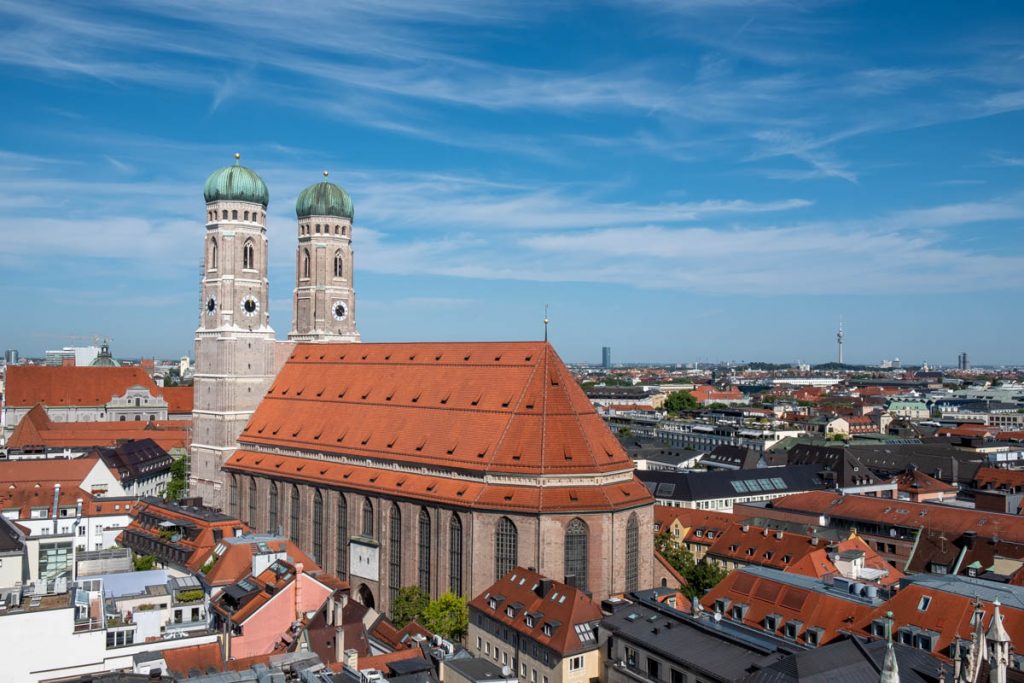 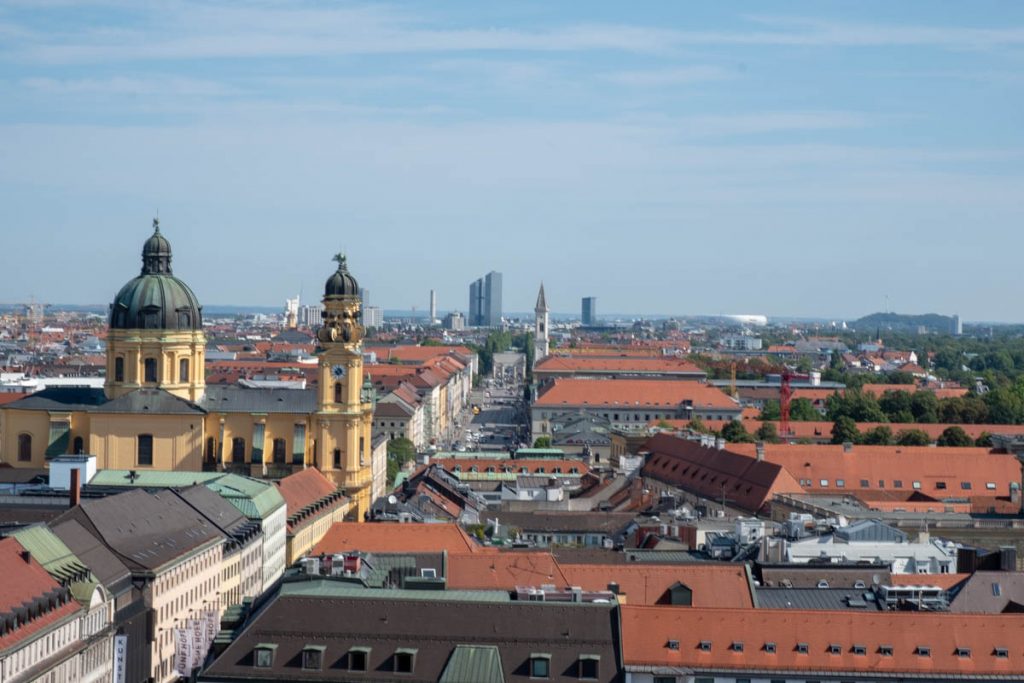 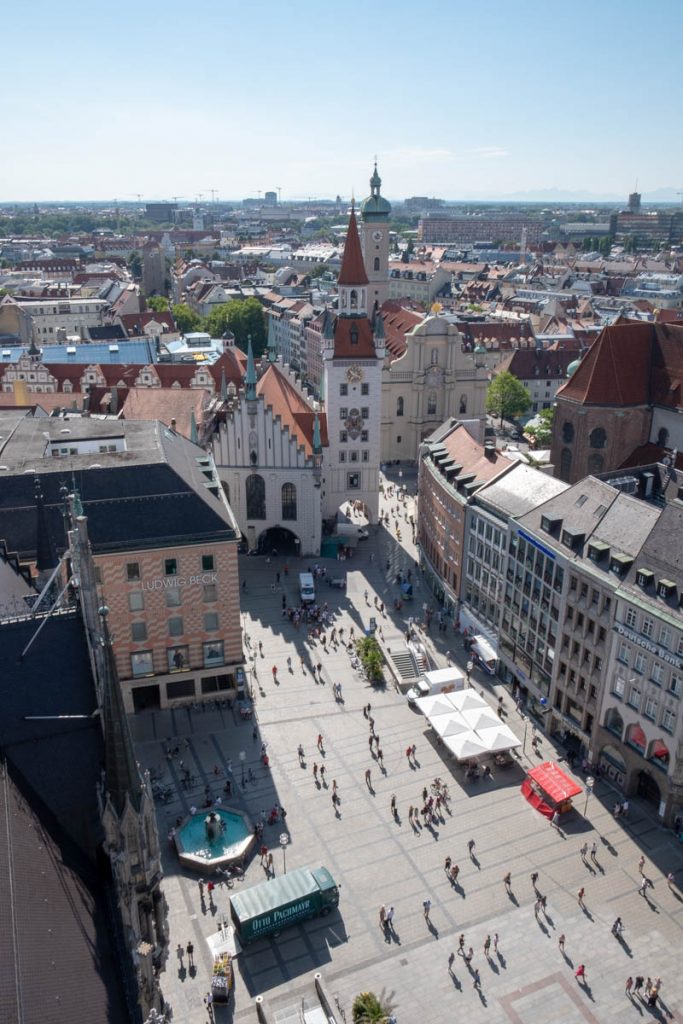 Looking at Munich today it is hard to believe much of it was bombed to rubble during the Second World War.  They rebuilt a lot of the historic buildings from old photos and I wouldn’t know they weren’t the original.

I stopped into the first church on the route but there was a service going on, so no photos and you could only hang quietly in the back.  I had a quick look around and popped back out again to continue on.  Next stop was the Viktualienmarkt, which is a small outdoor farmers market, with lots of little shops, restaurants, and it’s historic beer garden set under a grove of chestnut trees.  It was still early so I passed on getting myself a Hellas, and moved along to the next stop while longingly looking over my shoulder as the beer garden faded in the distance. 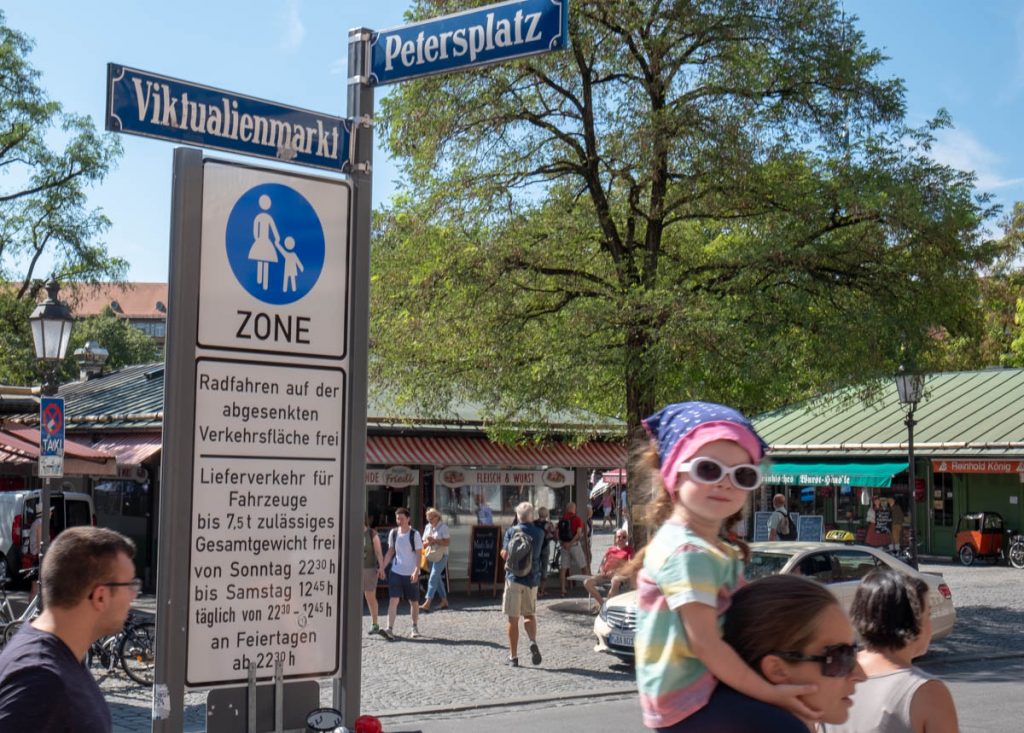 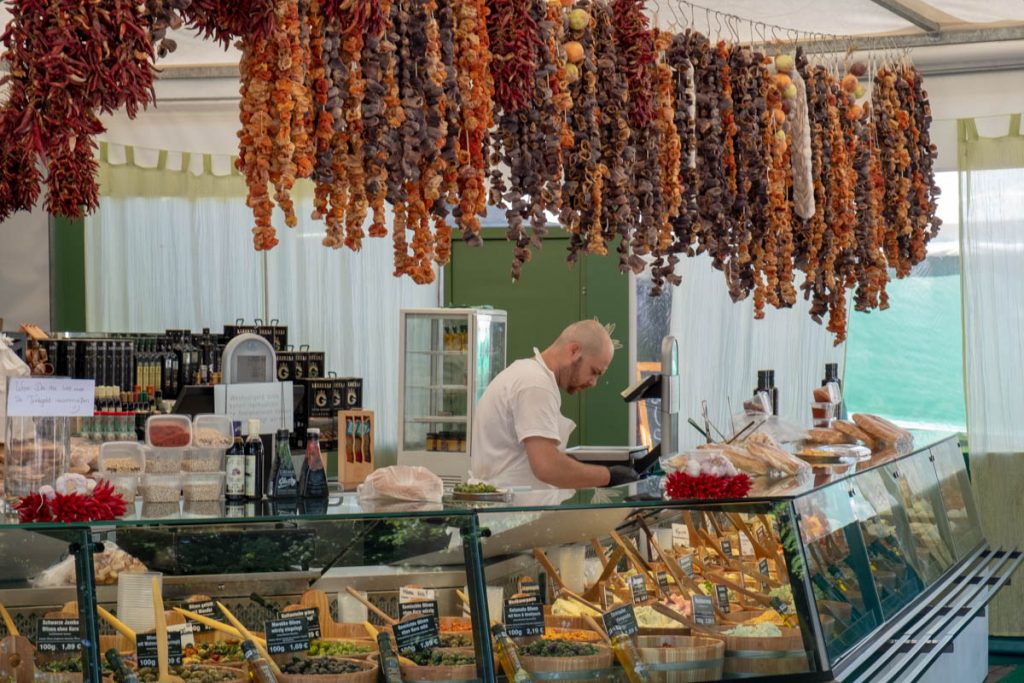 I’m using a combination of the digital guidebook on my phone and google maps to find my way around.  For some reason the GPS on my phone is not that accurate over here, even after calibrating it as instructed.  It’s led to missing a few turns and traveling down a few streets I hadn’t intended to.  That being said, it took me a little longer to get to the Jewish Synagogue than anticipated. 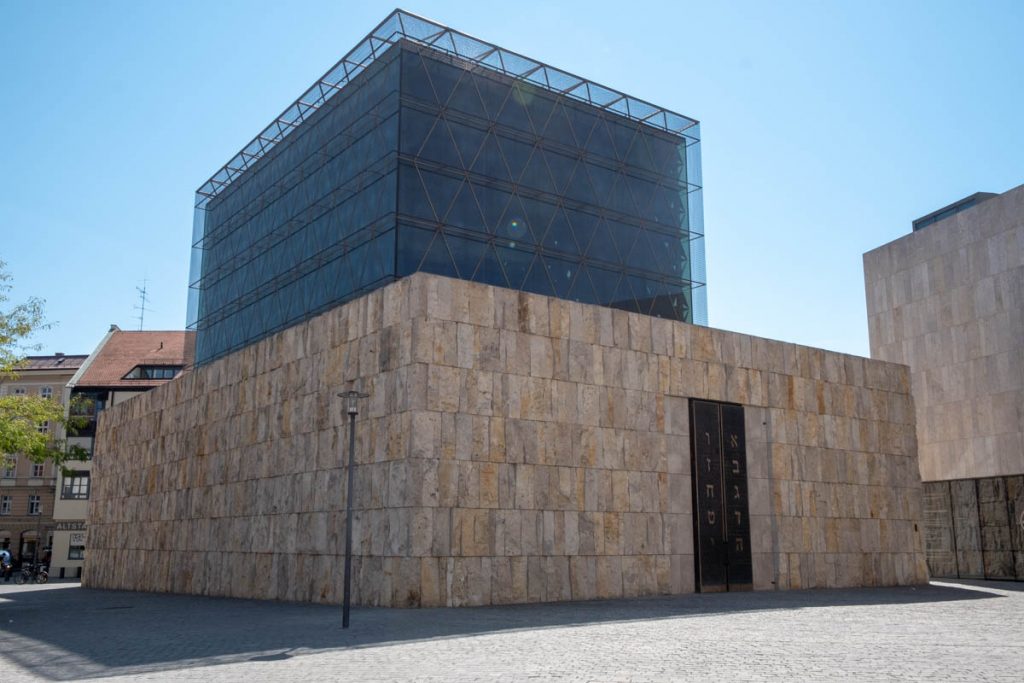 The route headed back to Marienplatz to see St. Peter’s Church.  I’m getting the feeling there are going to be a lot of visits to churches on this trip.

Europe is just coming out of a record heat wave and the temps are in the 90’s by the time the afternoon comes around.  I spend some time hunting around for some place that sells bottles of water that doesn’t require me to take out a mortgage.  I can get a beer every 20 feet, but I can’t find a bottle of water.  Munich is in desperate need of a 7-11 or Circle-K franchise.

I’ve been walking around for about four or five hours and I feel like I’m getting cooked.  I’ve slathered on the SPF 50, Phoenix level sun protection, and hope that keeps me from looking like a ripe Jersey tomato when the day is over.  I’m ready to call it a day and get a late lunch and an ice cold beer, but I press on to finish the walk.

The last stop is the Residenze, the former palace of the Wittelsbach monarchy.  The sun was cooking my brain and I forgot to take a photo of the palace from the outside. I did get one of the Royal Cuvillies theatre right next to it. 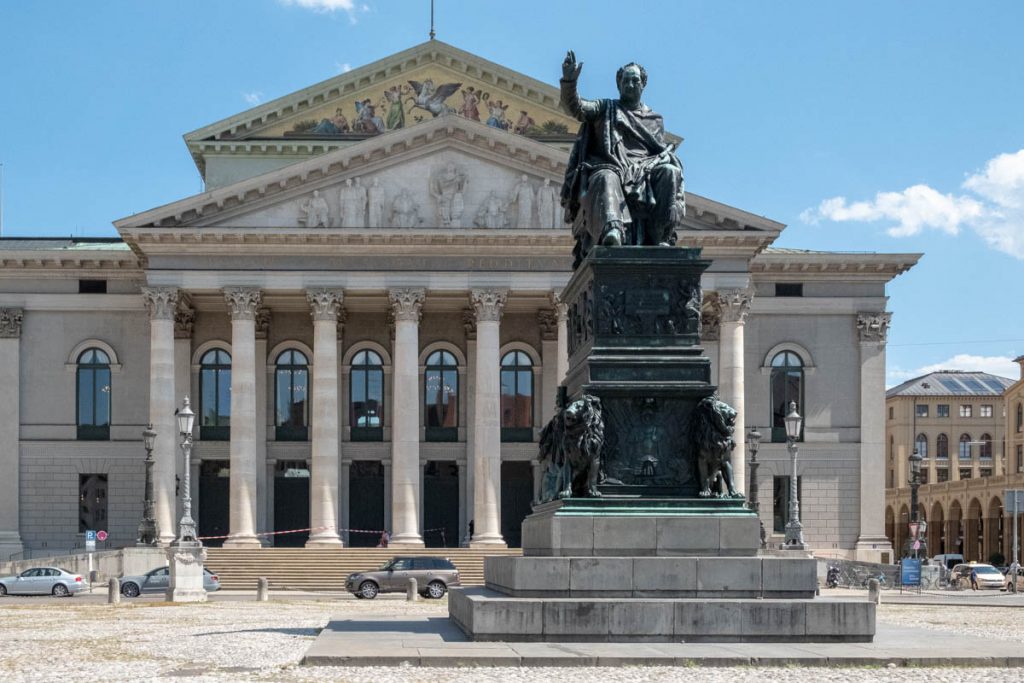 I was happy to be indoors and out of the heat, or so I thought.  The palace, as you might expect, has not been modernized with air conditioning.  It was stuffy and hot inside and tourists and employees alike were fanning themselves with brochures. I started the tour in the treasury which has an amazing collection of wealth on display, including the crown jewels.  Do you need a statue of a knight on his horse encrusted in precious gems?  No.  But you really, really, want one. 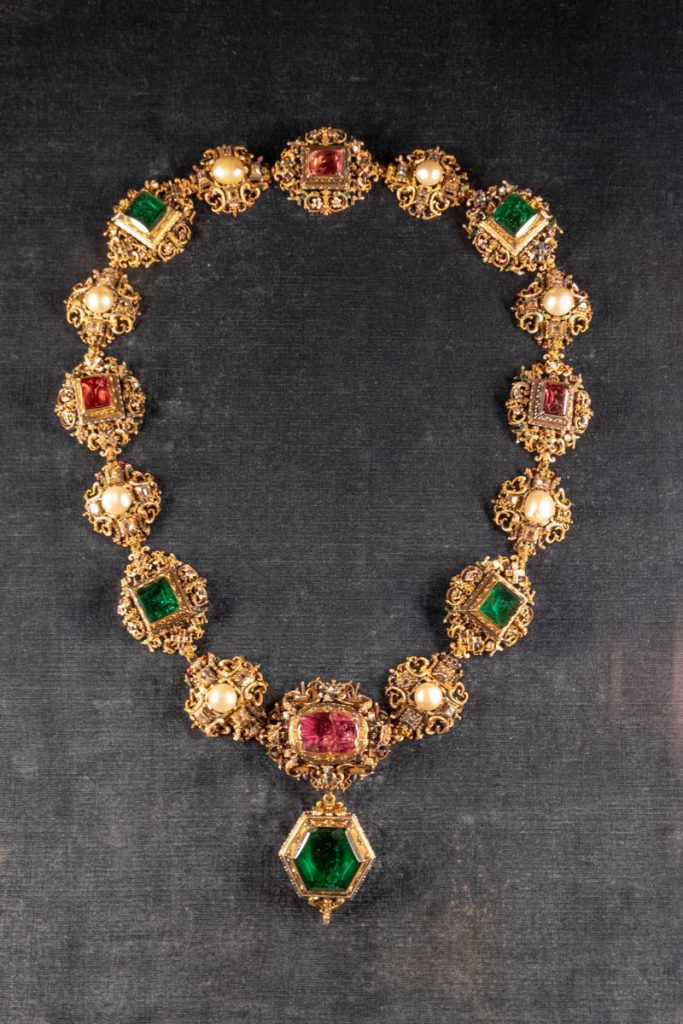 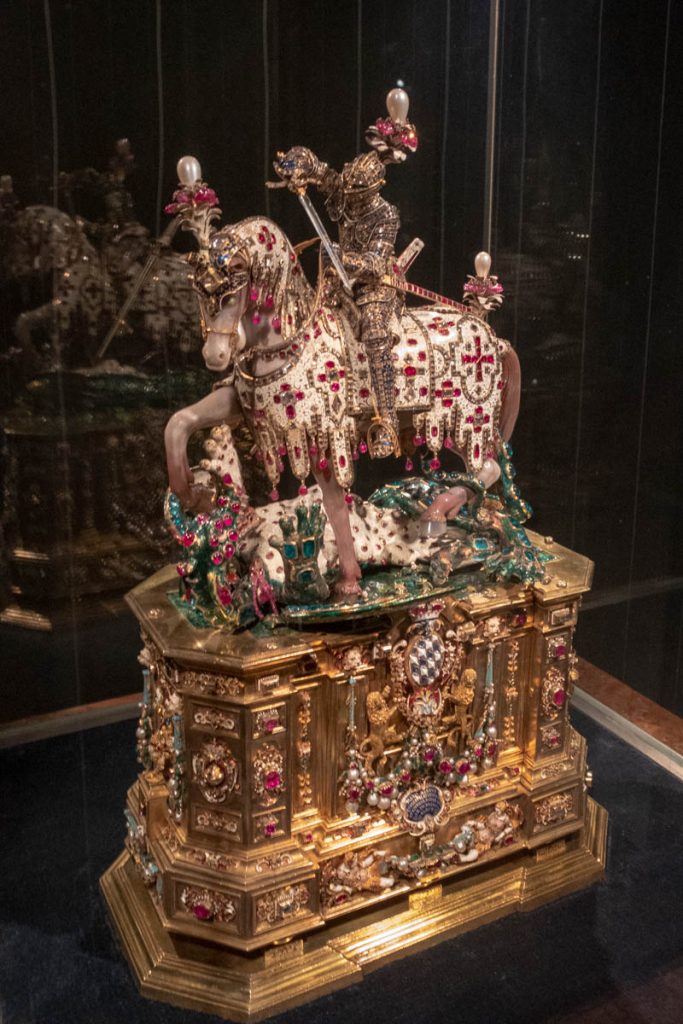 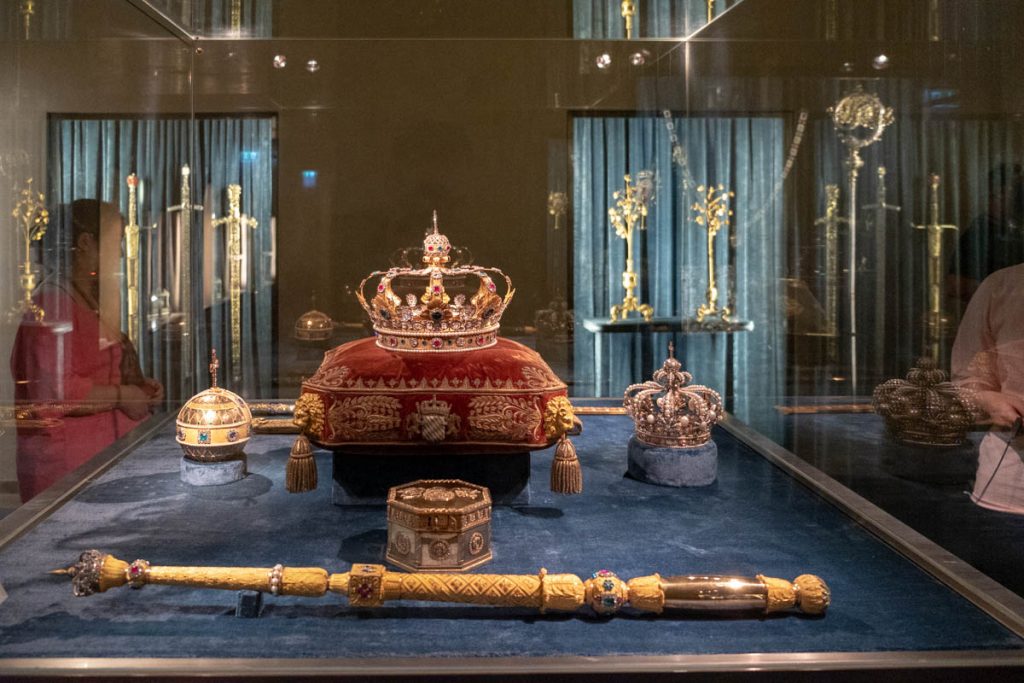 The palace tour was interesting.  Lots of excessive displays of wealth.  As I moved from room to room, I started to realize they were all part of the King’s or Queen’s quarters.  They had bedrooms, reading rooms, dressing rooms, waiting rooms, and waiting rooms for the waiting rooms.  They had just reconstructed a new section of the palace which let me appreciate how grand this place must have been in it’s prime. 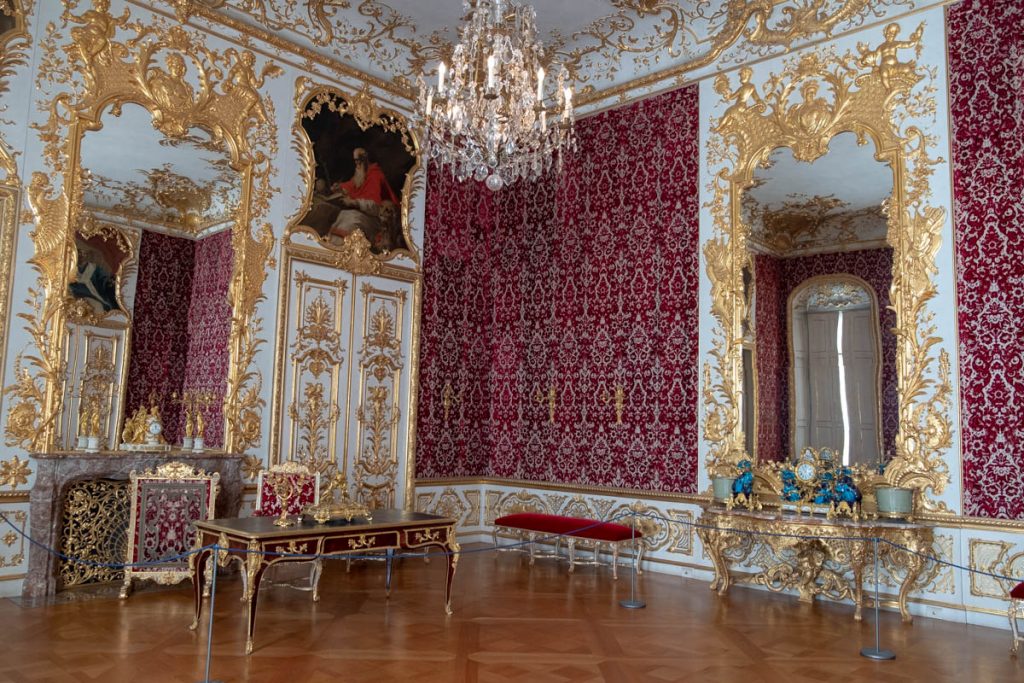 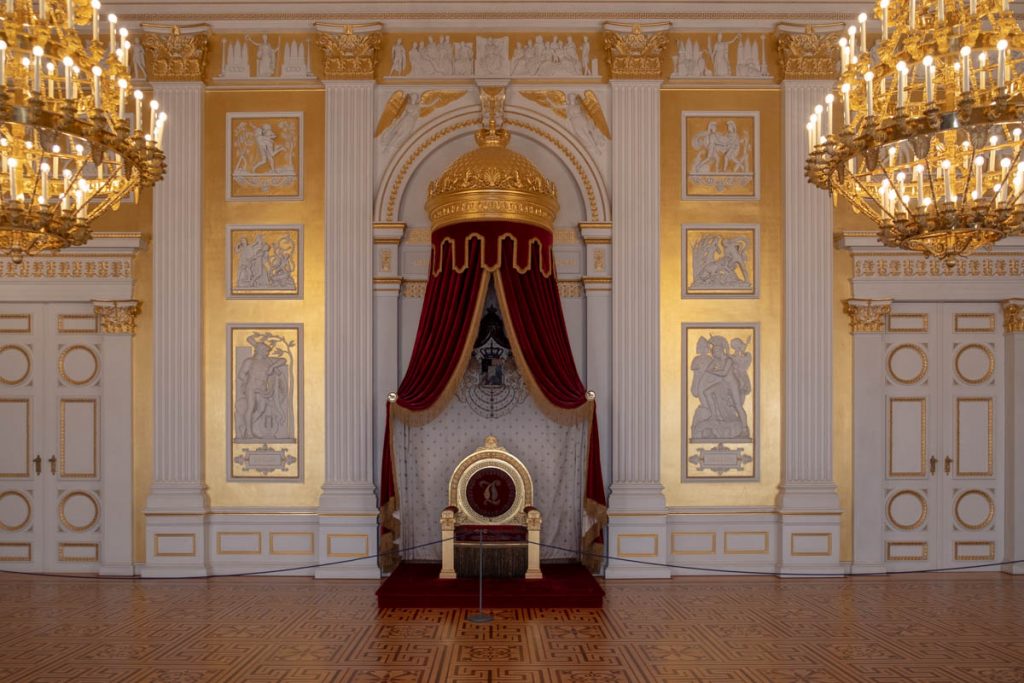 The heat inside the palace probably ushered me through faster than I would have normally taken on a cool day, but I still spent a good couple hours looking around.  Not wanting to walk anymore, I hopped on the S-Bahn and headed back to Marienplatz for a late lunch/early supper and a beer.

I found the first restaurant that had a table available.  I’m really loving the cafe culture, everywhere you walk restaurants have tables setup on the sidewalks where you can sit, eat, drink, and watch the world go by.  Looking at the menu the prices were steep, but I had a view of the Glockenspiel so I should have expected that.  I was too tired and hot to get up and find a better deal.  I order a bottle of water, a cold Hellas beer – a Munich standard and my new favorite – and grilled Bavarian chicken.  The food and drink hit the spot.  All in $30.

Totally spent, but thoroughly happy, I head home for the day.