While I still have quite a few more posts coming that cover the rest of my travels in Spain and the UK, I wanted to give a quick update as my location has shifted from Europe to Asia.

I arrived in Thailand a few days ago after a 16-hour flight from London to Bangkok via Hong Kong.  I had planned on arriving in Hong Kong and exploring for a few days before heading onto Thailand.  However, a last-minute Google search revealed I had chosen the worst week of the entire year to visit Hong Kong or China – Golden Week.

The entire country has the week off and it’s one of the largest mass migrations of people on the planet.  Hundreds of millions of people travel around the country and around the world.  Hong Kong alone gets several hundred thousand visitors from the mainland and busts at the seems.  It didn’t seem like a great time to visit.

I was able to change my ticket to a two-hour layover which cost $150.  I also was able to get a refund on my hotel except for one night which cost about the same.  All in about $300 to make the change.  I got a cheaper hotel in Bangkok so that offset the costs.  I’ll add Hong Kong back to my itinerary later in my travels.

Although I didn’t think the jet lag would be too bad, heading East is the worst of the two directions and I’m still feeling the effects after being here a few days.  For example, I fell asleep at 8 pm tonight and awoke at 3 am.  Unable to get back to sleep, I’m writing this post.  Hopefully, I’ll have it sorted in a couple of days.

After traveling across Europe and staying in small budget hotels, I decided to splurge when I got to Bangkok.  The hotel I’m staying at now cost the same as one of the shoe boxes with a single bed I had in Europe, and half the price of some of the places in Italy and Spain.  What do you get for $85 in Bangkok? 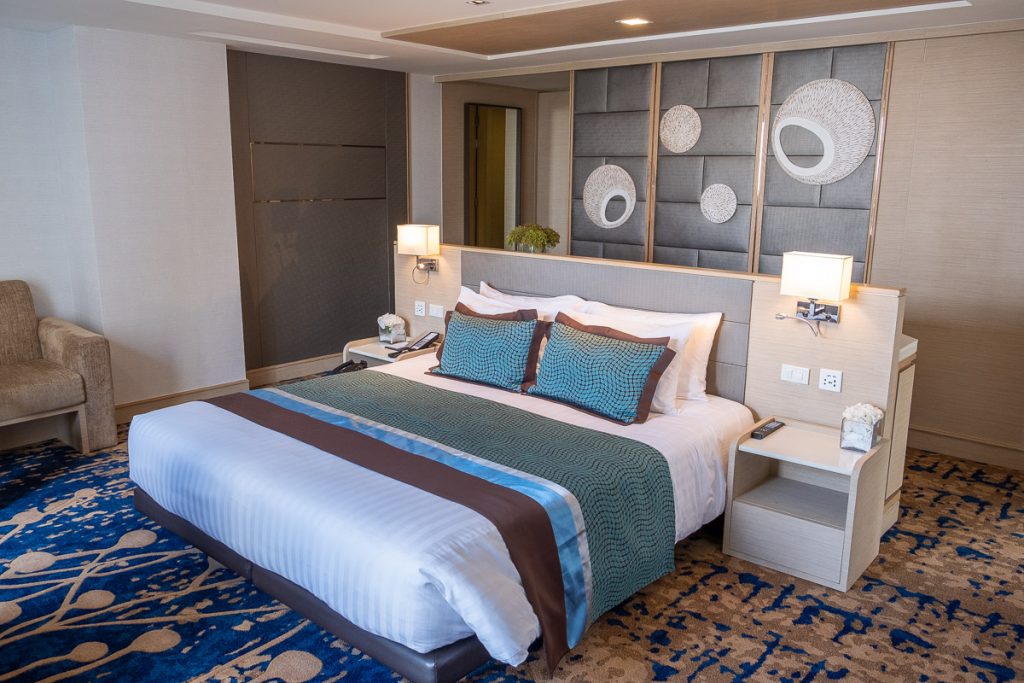 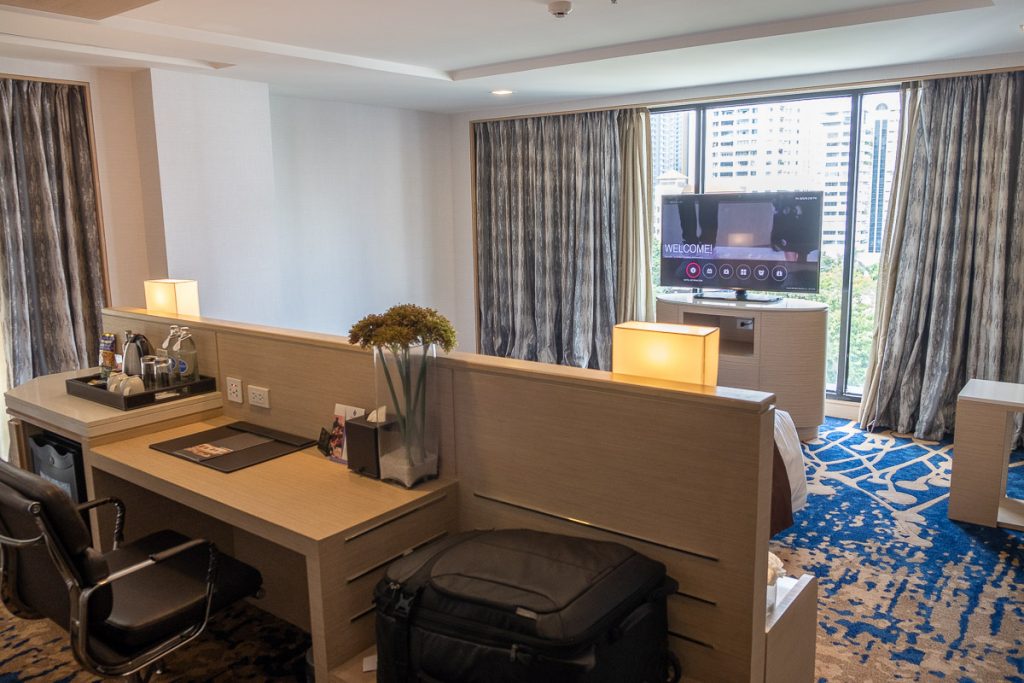 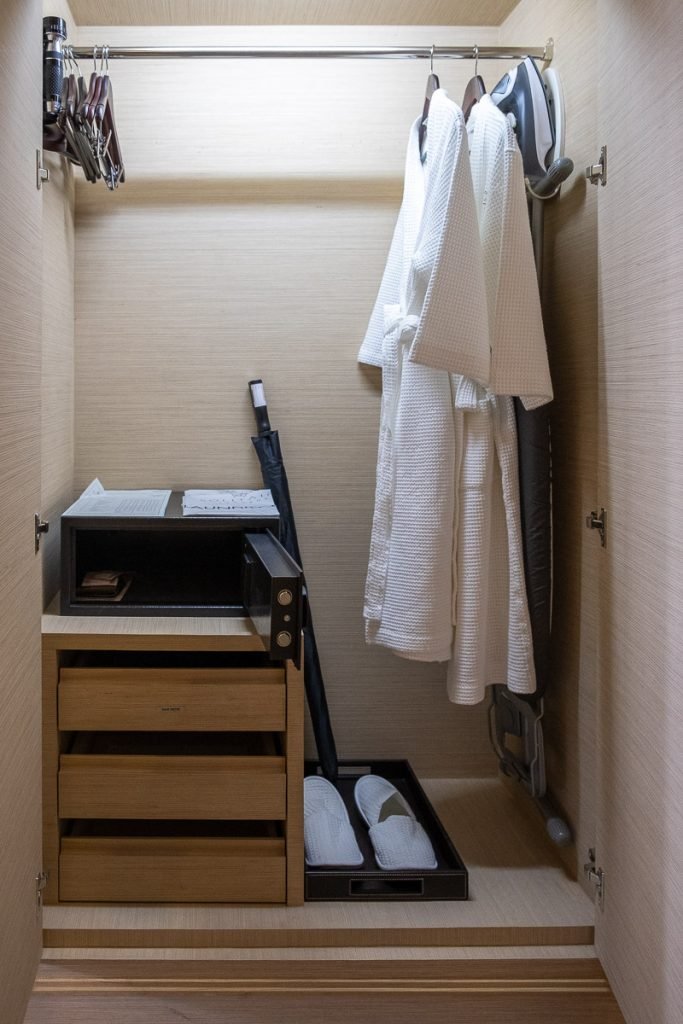 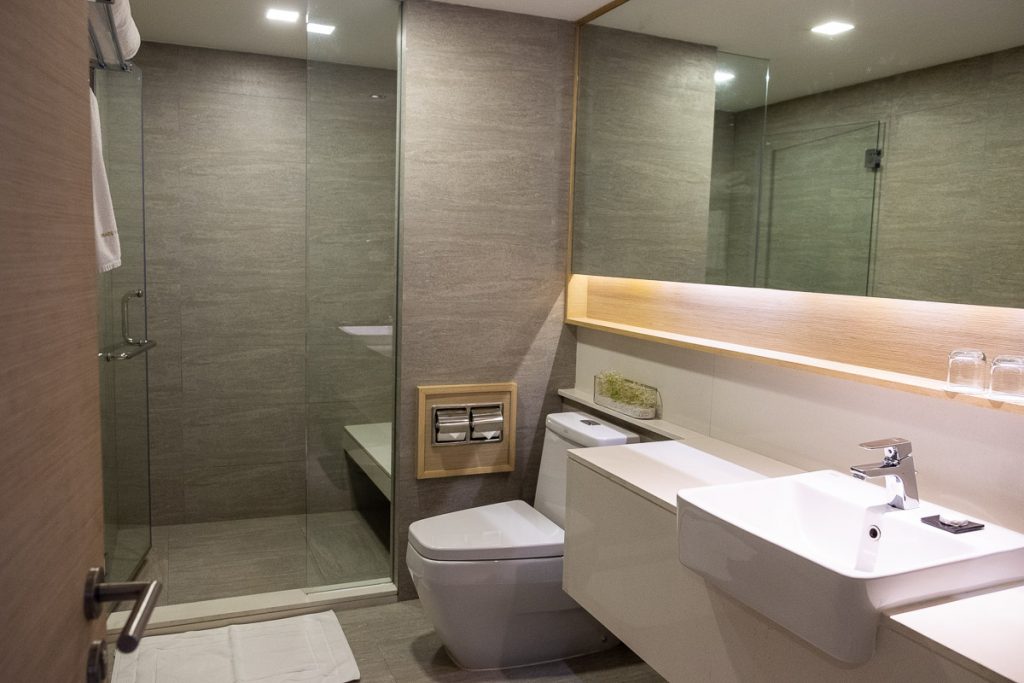 I could fit two or three of those European hotel rooms in here.  Plus there is a pool, fitness center, and sky bar on the 16th floor.

Laundry is also awesome in Thailand.  In Europe, I had to spend about 12 – 18 dollars to do a load of wash and take a couple hours out of my day.  Here, I drop it off and pick it up the next day, all clean and folded.  Cost? $10.

I haven’t really done any sightseeing yet, the jet lag/poor sleep patterns really steals my energy so I’ve been relaxing and stuffing my face. I’m also just happy to be in one location for more than a few days.  I’m still planning my itinerary for the next few months and should have that figured out in a couple of days.

It’s hard to believe I’ve been traveling for two months now – longer if I start counting from the time I left Arizona.  My time in Europe flew by too quickly, but I really enjoyed it.  Asia should be great as well and once I get my itinerary done and reevaluate my budget I’ll be back on the move again.  For now, I’m enjoying relaxing in Bangkok.